Home » What Is and How to Read an EKG or Electrocardiograph

What Is and How to Read an EKG or Electrocardiograph

Many of us walk around every day without knowing that our heart is pumping blood abnormally or that it unfortunately has malfunctioning electrical conductivity. EKG or ECG machines have assisted in the prognosis of such irregularities a variety of other coronary heart abnormalities for all types of individuals.

Investments into greatly advancing scientific and medical equipment over the decades have helped improve EKG machines and with that their importance in helping save lives.

Who Invented the EKG Machine?

Electrocardiograph, recognized as EKG in America, from the German acronym EKG for “elektrokardiogramm,” is an interpretation of the electrical endeavor of the coronary heart over time captured and externally recorded through electrodes placed on the skin. It is noninvasive and performed with an electrocardiographic medical tool’s device. The word is derived from the Greek “electro” due to the fact that it is associated with electrical activity; “cardio” for heart; and “graph” meaning to write.

As Wikipedia puts it:

“The version with ‘-K-‘, more commonly used in American English than in British English, is an early-20th-century loanword from the German acronym EKG for Elektrokardiogramm (electrocardiogram), which reflects that German physicians were pioneers in the field at the time. Today AMA style and – under its stylistic influence – most American medical publications use ECG instead of EKG.“

The electrocardiograph was invented in 1903 by Willem Einthoven who received a Nobel Prize for his discovery. His clinical tools are a direct descendant of the tools used today. Rather than the usage of modern-day self-adhesive electrodes, Einthoven’s subjects at the flip of the century would immerse every one of their limbs into containers of salt options from which the EKG used to be recorded. 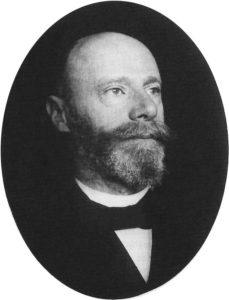 EKG nowadays is one of the most necessary diagnostic medical tools devices. It is typically used in almost each and every form of the medical setting, including examination rooms, recuperation rooms, cardiology clinics, and emergency rooms. EKG oir ECG is the first-class approach for identifying cardiac murmurs, seizures, perceived cardiac and dysrhythmias.

Learn more about the electrocardiogram from Heart.org.

How an EKG Works

This machine makes use of the inherent impulses of your heart to create a sketch for studying and deciphering its existing condition. It is a totally non-invasive and painless technique where natural pulsing of the heart indicates itself in the shape of recorded data. The most interesting part of this whole technique is that both the machine and its operation is extraordinarily easy yet it has critical repercussions in figuring out irregularities with the workings of this most essential of organs of the human body. In the hands of the heart specialist and even the common doctor, this is a highly recommended diagnostic device which services well-timed interventions in case of deadly cardiac situations.

Here at AKW Medical we carry a number of different EKG machines such as the Edan SE-1200 Express EKG and the GE Mac 5500 EKG Machine.

If you want to know how to read an EKG, you must know that with the improvement of silicon chip technology and smaller, light-weight electrodes, EKG units have to turn out to be smaller and greater transportable than ever before. EKG tools are now nearly usually made with built-in computers, handling huge quantities of records at a time. Many EKG systems nevertheless print out their graphs on paper like this electrocardiograph paper, however more frequently today, the medical practitioner is searching at on-screen and even online versions of the graphs.

Learn more about Cardiac Science by going to their website.

Defibrillators go hand in hand with the technological know-how of EKG devices, though they are used definitely specific ways. While an EKG is monitoring, diagnostic machine, defibrillators are used in emergency conditions only. While an affected person can be monitored with an EKG for a routine test, a defibrillator in motion is usually a serious event.

Sample defibrillators are the Philips Heartstart MRx and the Zoll Biphasic M Series, pictured below: 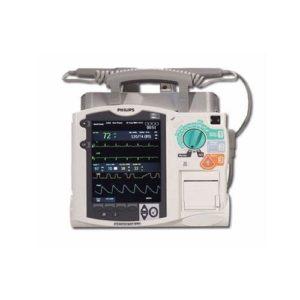 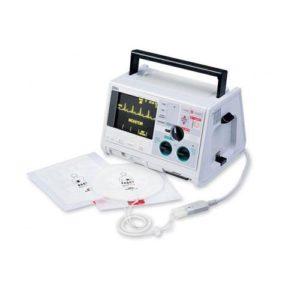 Functions of an Electrocardiogram

An EKG display approves the medical doctor to screen coronary heart rates and think about their regularity. It additionally measures the positions and measurement of the auricles and ventricles or the 4 chambers of the human heart.

Other features consist of the comparison of injury or the presence of diseased tissue alongside different excellent physical irregularities that can point out the presence of trouble well worth noting.

An electrocardiogram video display unit will help detect the presence of pacemakers, surgical repairs, and drug results that the affected person is taking presently for a current coronary heart condition.

Findings from EKG or ECG

There is no doubt that electrocardiograms are highly efficient medical tools in the hands of a health practitioner for diagnosing a number of heart ailments.

Doctors and qualified personnel can find a range of cardiac health prerequisites through studying the outcomes from an electrocardiogram such a coronary heart murmur which is the sound the coronary heart makes if there is inadequate blood flow.

Below is a chart showing example phonocardiograms from normal and abnormal heart sounds: 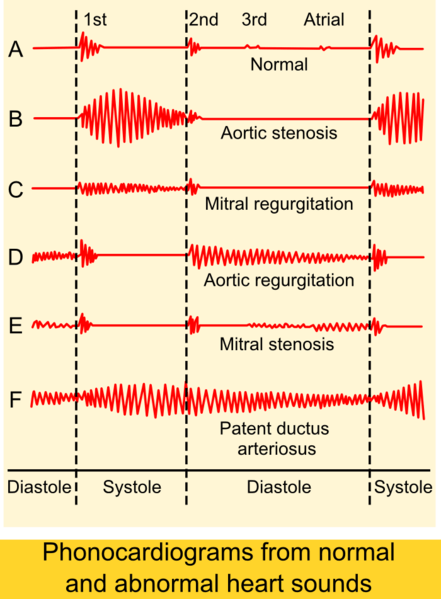 In most cases, murmurs are regular however occasionally may also be indicative of prerequisites such as the presence of blocks and the narrowing of valves or arteries.

Myocardial infarction is some other example cardiac issue which EKGs can help finding.

There is no doubt that the electrocardiogram is an essential and indispensable tool that has revolutionized the way medical doctors diagnose cardiac problems. There are a number of other more in-depth clinical strategies that are used to better diagnose a possible medical issue yet the preliminary analysis that leads to similarly checks and techniques begin with an electrocardiogram.

If you have any questions about electrocardiograms or EKG, please chat with us during business ours or contact us and we will be more than happy to assist you with your needs!